A professional climber for twenty years, Jon has traveled the world climbing rocks up to 5.14 and V14. His authentic view of climbing and the Outdoor Industry grew from simple beginnings as a committed climber. Recently his focus has shifted from the rock to the camera as a director who captures the heart and soul of cutting-edge climbing. Through dedication and consistency he has grown his company, Louder Than Eleven, into one of the Outdoor Industry’s most trusted production houses.

As an insider Jon works with pro athletes on their level and has directed a variety of award-winning features and international campaigns for The North Face, Mountain Hardwear, 37.5 Technology, Marmot, Black Diamond, La Sportiva, Petzl, USA Climbing, and Outdoor Research.

Jon enjoys hanging from the side of El Capitan capturing free ascents 3000 ft off the valley floor, climbing in the Rocky Mountains and traveling to the corners of the earth to capture rare moments in sport. He likes to follow personalities and develop deep, authentic stories about talented people doing the coolest stuff out there. Tim is a Professional Athlete, Speaker and Coach. His goal for 2020 is to be the first person to climb a V12 Boulder, F9a Sport Climb and Everest in the same year.  In February 2016 he climbed Interstellar Spice, the first Ice Climb in the world graded WI 12 at Helmcken Falls, Canada. In October 2015 he won the Redbull Whitecliffs climbing competition on the Isle of White, and In August 2016, he climbed the scary runout traditionally protected climb, The Path 5.14R (8b+), in Lake Louise, Canada. More recently in 2017 he repeated Superman 5.14c (8c+) in Squamish, BC, Canada. Tim has also appeared on numerous BBC programs including Top Gear. He has established some of the hardest rock climbs in Cuba, Mongolia and Wales. An Author, Speaker and Wingsuit pilot, he works closely with Mountain Hardwear design team and continues to push the boundaries of physical and mental performance.  On his first Himalayan trip in 2006 with Ian Parnell, Tim climbed a new route on the East Face on Kedar Dome (6840M) free, in Super Alpine style, and nominated for the Piolet D’Or (climbing’s equivalent to the Oscars). Tim achieved podium position 4 times at the World Ice Climbing Championships. In 2010 Tim made the first ascent of Muy Caliente the first E10 in Wales. Tim enjoys many other sports including Skiing, Snow Boarding, Free Diving, Skeleton, Bobsleigh, Kite Boarding, Mountain Biking and Heli Boarding. Tim graduated with Marine Zoology is the Patron of the Charity “Breathtakers”. 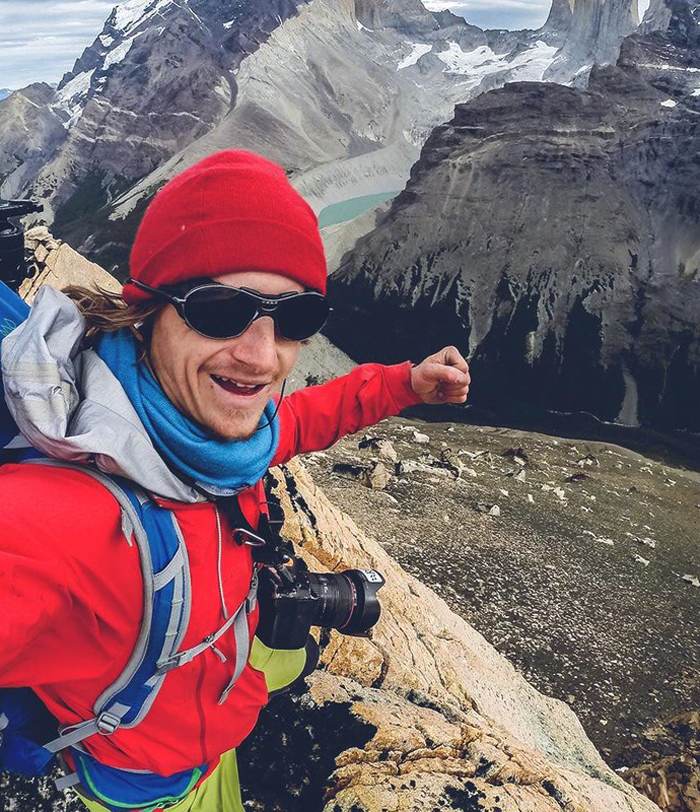 Passionate about the outdoor lifestyle Will’s adventures have taken him across the Great Walks of New Zealand, a crossing of Iceland and several kayaking expeditions amongst the Patagonian fjords. Most notably, Will was named both Scottish and UK Adventurer of the Year, 2015 for his 364 day solo circumnavigation of Scotland by kayak and continuous winter ascent of all 282 Munro mountains in Scotland. Subsequently this was followed with a winter round of the Corbett mountains in 2016. As a guide Will is A BCU 5* Sea Kayaker and Mountain Leader and shares his passion in by working between Scotland and Chilean Patagonia. Will is a regular contributor to OutdoorsMagic amongst other publications.